Best Places to Visit in Alabama 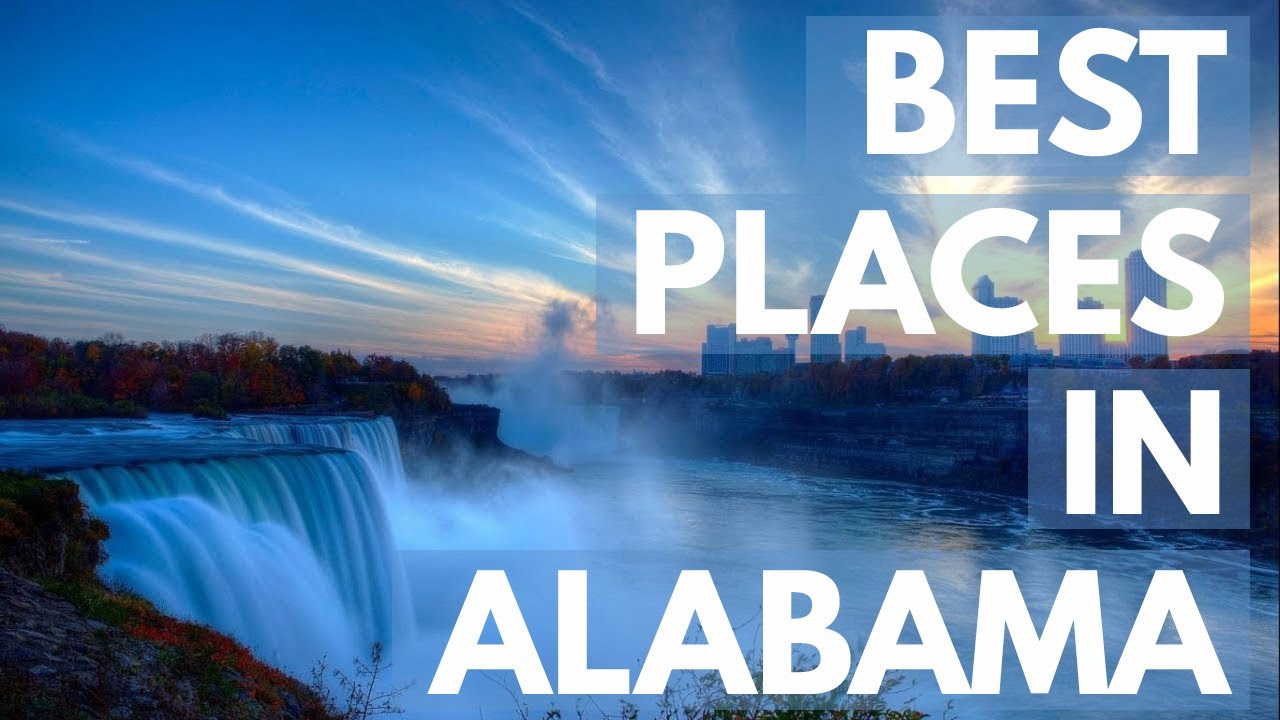 Despite the fact that Spanish explorers went through the state in 1540, the French were the ones to settle the area, establishing Mobile in 1702. Because of its proximity to the Gulf of Mexico, Alabama is a wonderful place to enjoy water skiing. In the 22nd state, the arts, cultural, and entertainment industries are also booming.

Here is a list of some of the greatest sites to visit in Alabama for you to help you start planning your trip.

Birmingham, however, isn’t only about history; it also has fantastic shopping, dining, golf, and nightlife, as well as fun activities for kids like the Alabama Splash Adventure and Steel City Jump Park.

The city has a number of historic homes, some of which date back to the early 1800s. Among the museums are Space Camp, Clay House, which houses a Noritake porcelain collection. The Alabama Constitution Village, which features replicated Federal-style structures, and Veterans Memorial Museum, which houses a military vehicle collection.

The USS Drum, a submarine that served during WWII, is also on display at the park and can be toured. Among the planes on exhibit are a B-52 bomber and an A-12 Black Bird surveillance plane, as well as military equipment from various battles, such as tanks and missiles. The park is a memorial to all those who fought in WWII and more recent conflicts.

Back on land, there are a variety of hiking and bike paths to choose from, or you may relive history by following the Mobile Bay Civil War Trail to view Fort Morgan, Fort Gaines, and more.

If you’re a party animal, late April is the greatest time to visit. According to mythology, this is when the world’s largest beach party takes place.

Dauphin Island, which is located in the Bay, is a barrier island with a small village of the same name. The historic Fort Gaines, which was erected in the early 1800s and became an important outpost during the Battle of Mobile Bay, is one of the many things to see and do on this island. A freshwater lake and an Audubon bird sanctuary are also located on the island, which are popular with swimmers.

It’s a magnificent landform in the southern Appalachian Mountains, even though it’s only around 600 feet deep at its deepest point Little River was classified as a Wild and Scenic River. Many endangered plant and animal species can be found in the nature preserve that surrounds it.

The aquarium, which houses numerous kinds of the ocean and freshwater life, particularly those endemic to the region, is one of the museum’s most popular attractions. Water and water-related science, such as erosion, are also discussed in this section.

An investigation of how art and technology connect, as well as a range of rotating and traveling exhibits, are among the museum’s other displays. The museum also features an IMAX theatre, which shows different films every day.

The Orange Beach Golf Center and the Gulf Links Center are only available to inland golfers. Many charter firms would gladly arrange a trip to fit your interests, whether it’s deep-sea fishing, a romantic sunset cruise, or dolphin-watching.

One of the greatest ways to see Dauphin Island is to rent a bike from Dauphin Island Bike and Kayak Rentals and head out to enjoy historic Fort Gaines, beautiful beaches, and panoramic island landscapes. There are many different types of accommodations on the island, so you will have no trouble finding the perfect place to stay for your trip. Even you can check the best deal on Alaska Airlines Vacations to explore Dauphin Island.

The Alabama Music Hall of Fame, the Florence Indian Mound and Museum, and Ivy Green, the Helen Keller birthplace, are just a few of the historical attractions. The Sky Zone Trampoline Park, the Children’s Museum, and the Killen Time Mini Golf and Adventure Park are all great places for family enjoyment.

5 Features you Only Get with Jira Software

Why Do Customers Need Website Development Company In Chennai?